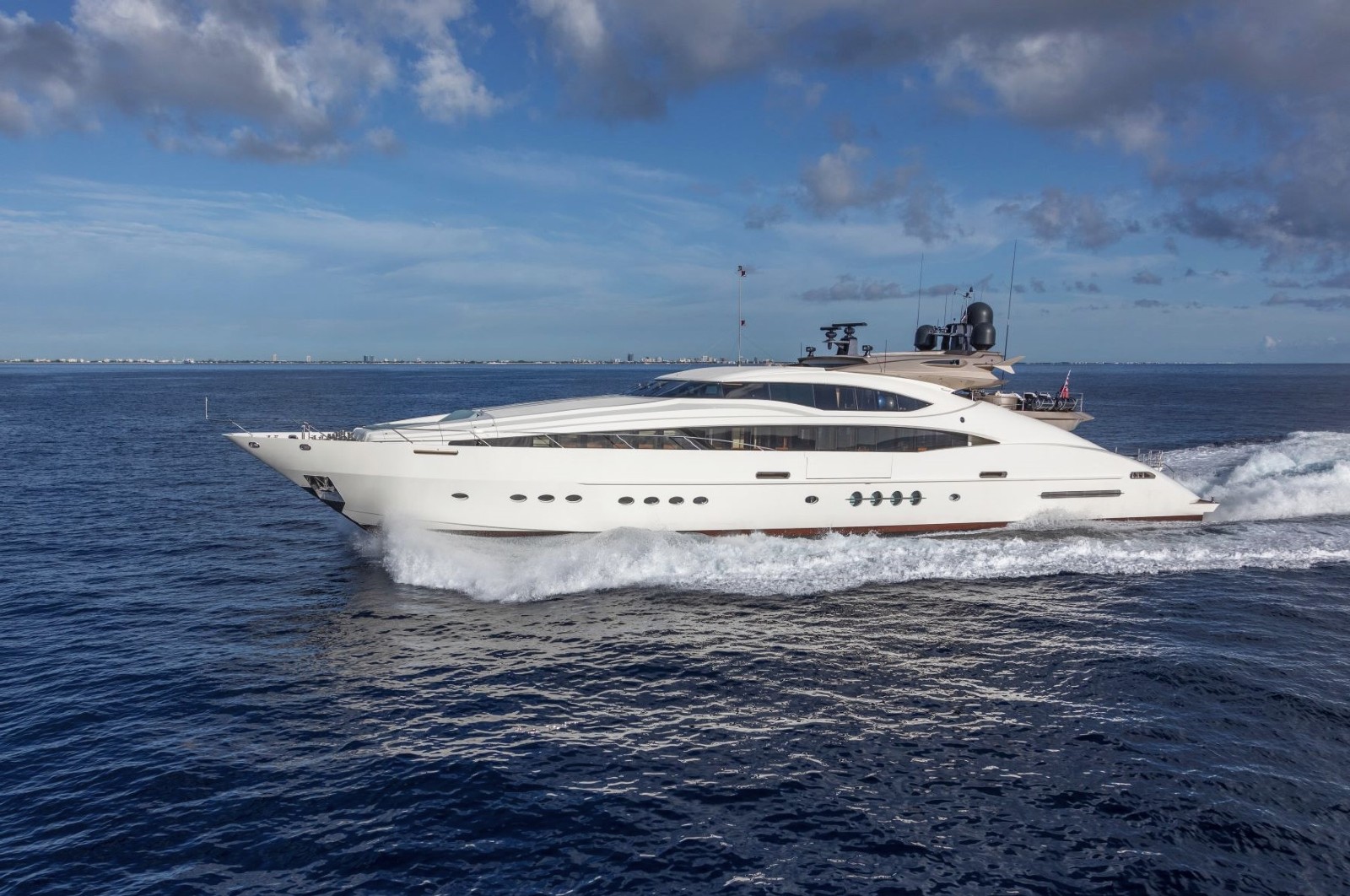 Stuart is pleased to announce the Central Agency for the sale of 45m I 150’ FOUR JACKS. Described as “a breath of fresh air in a sea of sameness” when she was launched, Four Jacks still stands out today. Nuvolari Lenard outdid themselves and were certainly ahead of the curve when they designed the semi-custom 150 Sports Yacht for Palmer Johnson in 2008. In addition to her spectacular flowing lines, the open deck concept without a transom revolutionized the yachting experience, literally bringing the sea into the living areas.  Port and starboard balconies on the main deck, a master stateroom on the main deck and an open sky lounge make Four Jacks the perfect summer cruising yacht.

The 45m (150’) Four Jacks was built for speed. Her efficient, deep V hull integrated into the aerodynamic superstructure are in aluminum to ensure performance. Powered by twin MTU engines with 3,650 HP each, FOUR JACKS can reach a top speed of 28 knots and has a 20-knot cruising speed while, at a more leisurely 12 knots, she has a 1,450nm range. She is equipped with stabilizers at anchor and underway for additional comfort.

Designed for outdoor living, FOUR JACKS’s main and sundeck, equipped with large sun-pads as well as dining and conversation areas, are and intelligently laid out. The styling of the open skylounge is reminiscent of automotive design with sleek lines and rounded surfaces painted in a bronze finish. The sundeck features a whirlpool and a gym area that is protected from the sun. There is also a large sun-pad forward on the bow. The flybridge, positioned above the wheelhouse, is set up as an observation area with control stations and guest seating. In addition to the inside/outside living areas, FOUR JACKS has a formal salon with dining on the main deck with fold-down balconies port and starboard and floor to ceiling windows throughout.

Spacious for 395 gross tons, FOUR JACKS can accommodate 12 guests in five staterooms; two twin and two double on the lower deck in addition to the master on the main deck, all with en suite bathrooms. FOUR JACKS carries 8 crew in five cabins.
FOUR JACKS is Cayman flagged and classed by Lloyds. Although she was built to MCA, she has never been chartered by her original owner.