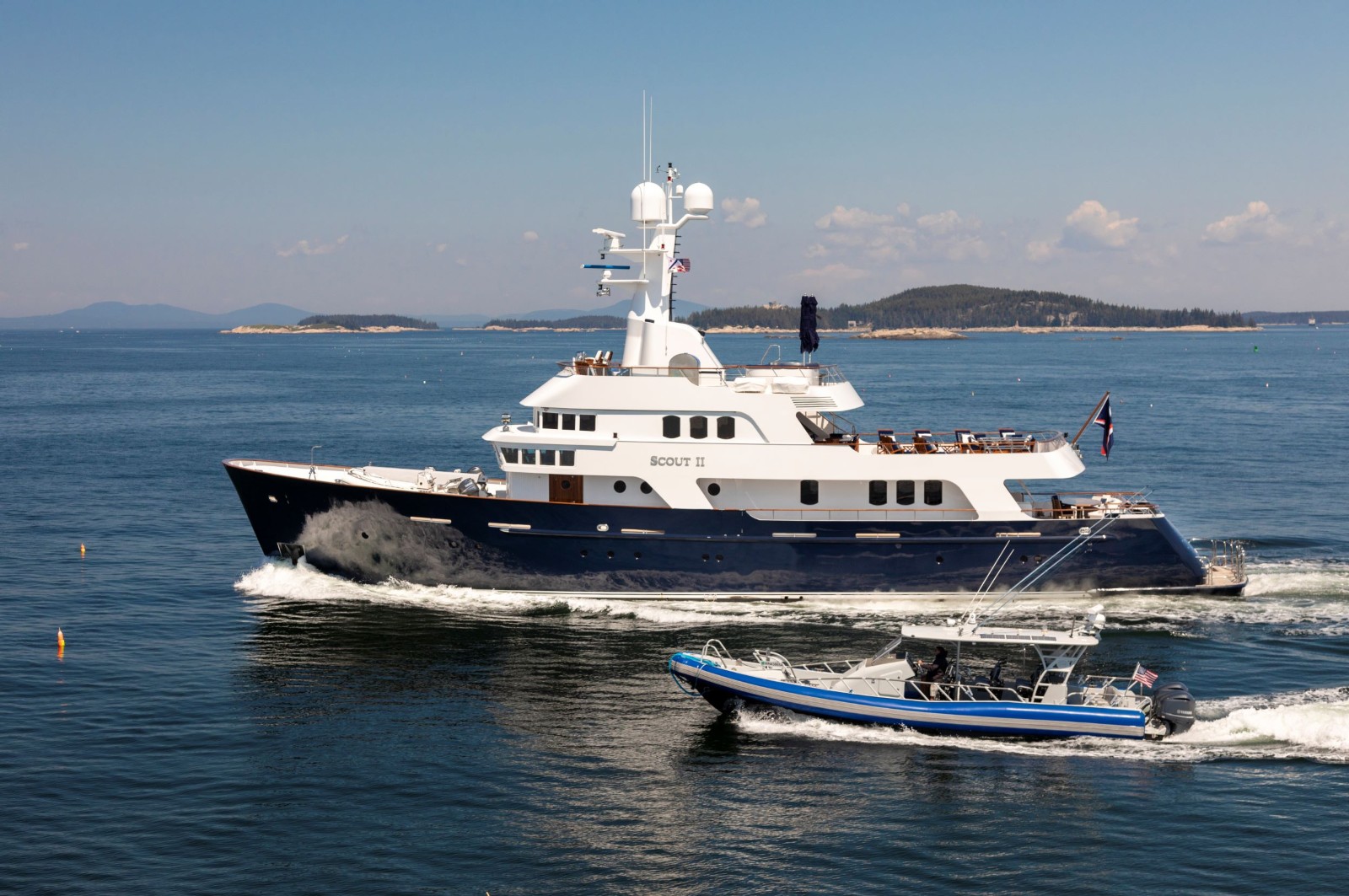 SCOUT II SOLDSteady demand in the US for well-maintained yachts

Stuart is pleased to announce the sale of the 40m I 130’ SCOUT II built by the British shipyard Brooke Yachts in 1993. Stuart acted for the seller. SCOUT II is his fourth sale in 2022 and brings his total LOA of yacht’s sold this year to over 200m or 656’.

While the war in Ukraine and consequential sanctions on Russian owners has shaken up the market with fewer large yachts now available for sale or charter, Stuart says demand from the US market has remained upbeat and inventory is still low.

Scout II is one of the first purpose-built exploration yachts. Built to a tough specification and only used privately, her interior, exterior and equipment underwent multi-million-dollar upgrades over the past four years. She was extended by 5m aft and 1m forward. A new mast was installed and the bow was reshaped. All key machinery and systems were either replaced or remanufactured including new zero speed stabilizers, generators and air conditioning. Some interior fabrics and furnishing were replaced with an eye to maintaining the original Disdale style and blue and white color-scheme.

SCOUT II feels larger than her 397 GT.  Thanks to her 9.2m (almost 30’) beam, she has huge outside deck spaces and large interior volume. Her well-laid out interior offers a high degree of privacy with crew and guest areas cleverly separated. There are two Owner’s staterooms on the lower deck, the ideal location for reduced motion, both with showers and tubs. Overall, SCOUT can accommodate nine guests in four ensuite staterooms and can carry up to 9 crew members.

Remarkably stable and seaworthy, SCOUT II has cruised extensively around the globe. Powered by two 507 HP Caterpillar engines, she has a max speed of 11knots and at 9knots her range is 4.200 nm. Scout II was asking USD 9.900,000.