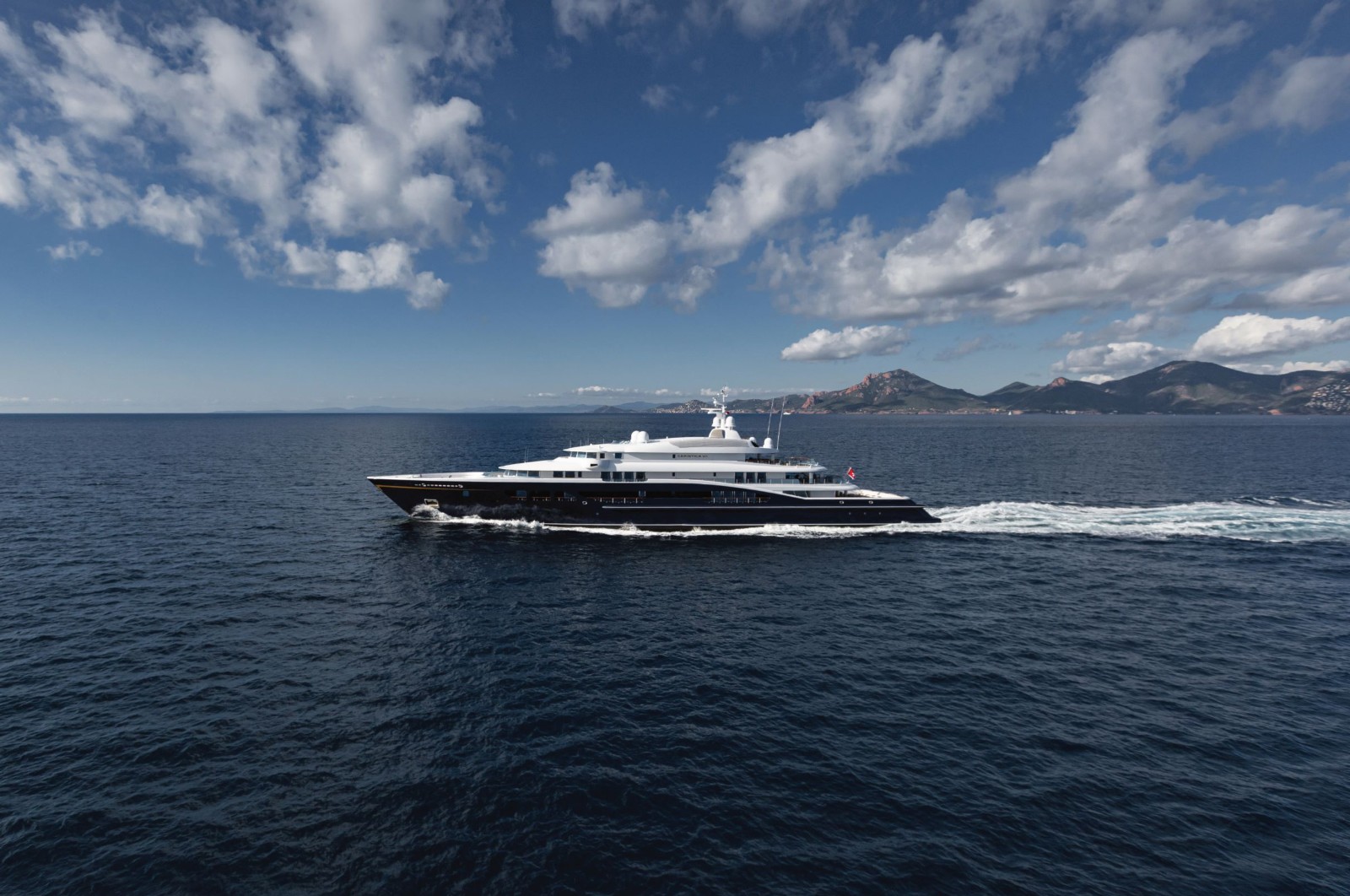 Stuart is pleased to announce the Central listing of the 97m /363’ Carinthia VII built by Lürssen in 2002 and continually maintained by Lurssen Logistics.
Carinthia VII, originally Project Fabergé, features both exterior design and interior layout by Tim Heywood. The naval architecture was developed by Lürssen while her interior was designed by Ellerhorst and Kreuter. She is classified by Germanischer Lloyd’s AG (now DNV) and is Maltese flagged.

Built in steel with an aluminum superstructure, the six-deck Carinthia VII adds up to an impressive 3,643 gross tons. Her clean and uncluttered lines and powerful profile are a masterpiece of elegant understatement. Viewed from a distance, the main deck appears to have no windows but they are in fact concealed by darkened glass with black frames which are only visible close up. The deep blue color of the hull, which became known as ‘Carinthia Blue’, helps create this effect.

Rupert Mann of Rainsford Mann Design summed it up perfectly: “What makes the design of Carinthia VII so successful is the pure and elegant sheer line that draws the eye from the bow to stern so effortlessly. The clever trick of dropping the sheer line one deck down aft, gives her a dynamic and purposeful bow shape forward”.

Equally remarkable is her performance package: powered by four 10,060hp MTU diesel engines she cruises at 22 knots and has a top speed of 26 knots and a range of 5,000 nautical miles at 18 knots.
Carinthia VII was designed as a family yacht and has only been used privately by her original owner. Equipped with a ‘touch and go’ helipad, and a full spa and wellness area opening onto the water, Carinthia VII also has exceptional  deck spaces surrounded by glass bulwarks that not only protect from the wind but offer magnificent views over the water.

Carinthia VII can accommodate up to 14 guests in eight luxurious staterooms.  She has a separate owner’s deck with a private drawing room, VIP stateroom and a beauty parlor as well as six staterooms on the main deck and carries 40 crew on two deck levels.

Carinthia VII is in immaculate condition having completed her 20-year surveys in March 2022.  Contact Stuart at +1 954 328 6553 or stuart.larsen@fraseryachts.com for more information.