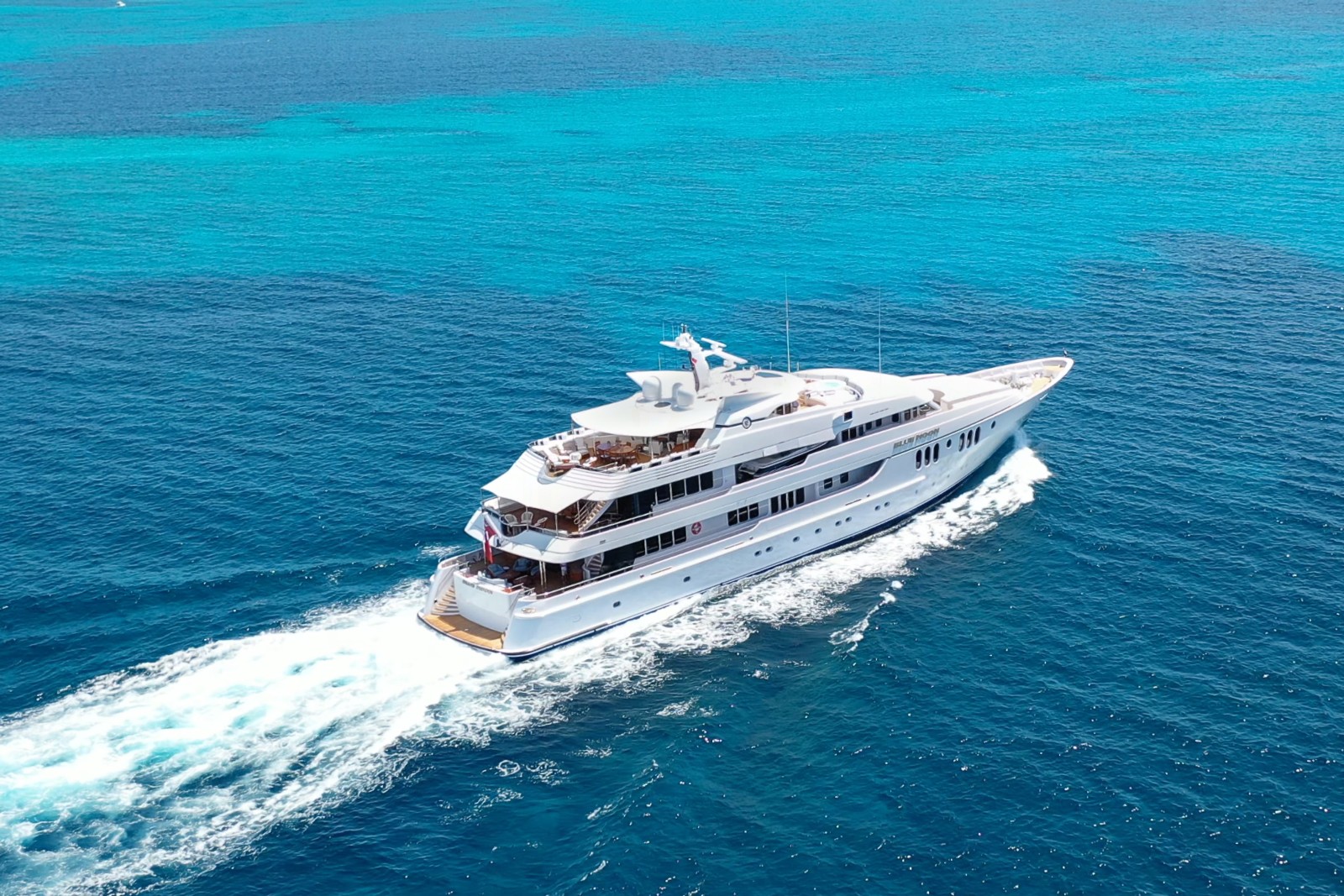 Stuart is pleased to announce the sale of the 60m I 198’ Feadship BLUE MOON. A pedigreed displacement yacht, she attracted a buyer in record time. 2021 has seen an exceptional number of brokerage sales and Stuart’s performance mirrors the trend with eight yachts sold for an impressive total of 15,500GT.

Built in steel with an aluminum superstructure by Feadship’s Van Lent shipyard, BLUE MOON is classed by Lloyds and is MCA compliant. De Voogt was responsible for the naval architecture while the exterior styling and interior design were by Donald Starkey and Lee Perot.
“Formal where she ought to be, casual where she needs to be, and always elegant and inviting” BLUE MOON’s wood-paneled interior is offset by lighter fabrics with an oriental touch.

Launched in 2005, BLUE MOON has only had one owner since her launch and has been meticulously maintained. She was refitted in 2014, and upgraded and repainted in 2019.
A successful charter yacht, BLUE MOON has a number of characteristic features including two gyms and an observation lounge on the bridge deck with floor-to-ceiling windows and a retractable sunroof. A glass elevator serves all decks and can accommodate a small wheelchair. She accommodates 12 guests in six suites. The master stateroom on the main deck has an office and a private gym. Five guest staterooms are located on the lower deck which also has a second gym for guests. The configuration is flexible so four of these five staterooms can be combined to create two large VIP suites, each with his-and-hers en-suite bathrooms and sitting rooms.

BLUE MOON has ample deck space including a large sundeck with whirlpool and a BBQ and a swim platform with easy access to the water. She carries a 25’ Chris Craft tender with Volvo Penta engine and a Nautica 15’ RIB emergency tender with 2012 Yamaha outboard as well as a number of other toys including wave runners in an aft garage. BLUE MOON operates with a crew of up to 16. The asking price was € 43,900,000.
© STUART LARSEN 2022 &