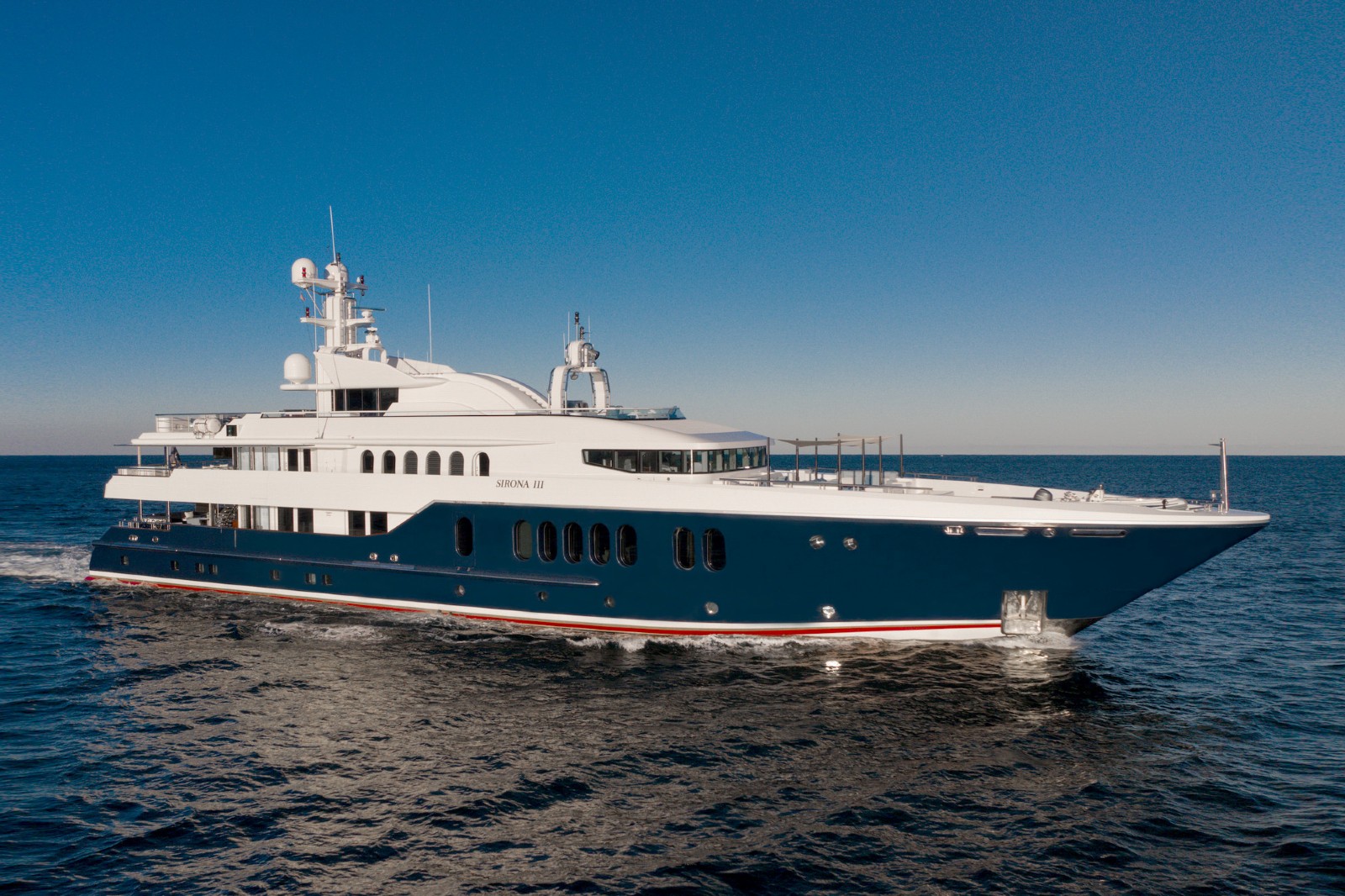 SIRONA III SOLDBuilt by Oceanfast to a Jon Bannenberg design

Stuart is pleased to announce the sale of SIRONA III, the 56.4 m I 185′1″ full steel and GRP yacht built by the Australian yard Oceanfast. One of the last yachts designed by the legendary Jon Bannenberg, Sirona III is as contemporary today as when she was launched in 2004.

Bannenberg’s collaboration with Oceanfast lasted a number of years and SIRONA III is arguably the best yacht Oceanfast ever built: her fit and finish inside and out are exceptional. Combined with the engineering and architectural prowess of Oceanfast, SIRONA III is a testament to style, safety, reliability, and craftsmanship. Austal, Australia's global shipbuilder, was responsible for the naval architecture.

SIRONA III is a twin-screw oceangoing full displacement yacht powered by two Caterpillar 1,750hp engines. She is capable of a top speed of 15 knots and cruises at 12 knots. At 10 knots she has a maximum range of 5,200 nautical miles. On-board power is provided by three Caterpillar generators and SIRONA III is also fitted with Quantum zero speed stabilizers.
Marshall Island flagged, SIRONA III is classified by Lloyd’s and, although she has never chartered, is MCA compliant.