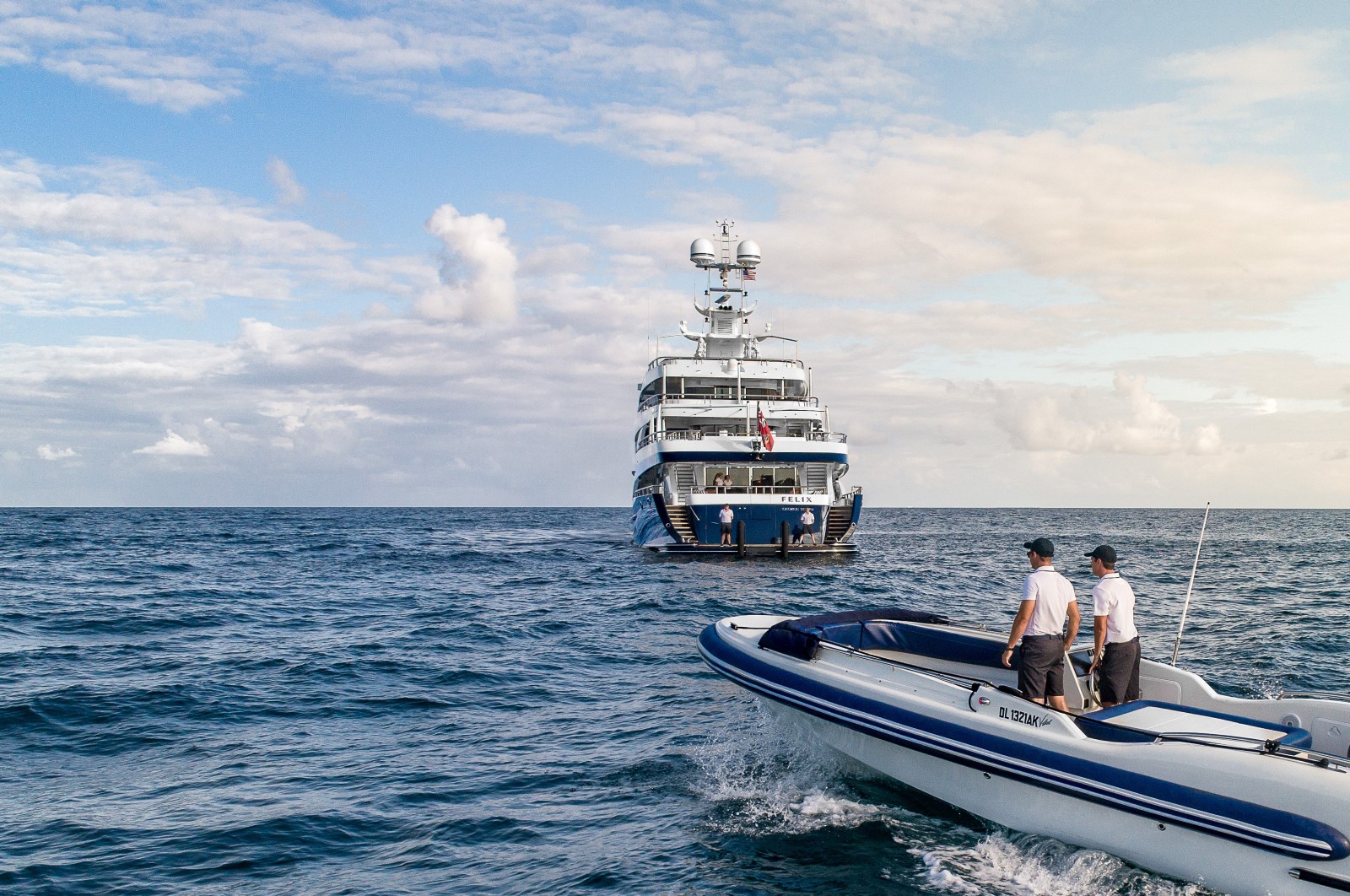 Stuart is pleased to announce the sale of Felix, his third sale in 2021.  The 70m I 230’ yacht conversion was delivered in 1969 by Jadewerft in Wilhelmshaven, now part of the Lurssen Group.

Originally built as a North Sea survey vessel, FELIX was converted into an expedition yacht at Jade Yachts in 2007 and completed under the supervision of Van Lent at MB92 in Spain. The conversion project was overseen by a stellar team of architects and designers including Gregory Marshall, Vripack, Reymond Langton and Francois Zuretti for the interior.

Impeccably maintained by experienced owners, FELIX is Lloyd's classed, LY3 and MCA compliant. She adds up to 1,622 GT and is powered by two 3512B Caterpillar engines reaching a maximum speed of 14 knots. At 12.5 knots she has an 8,400 nm range making her ideal for off-the-beaten-track cruising.
Her sleek exterior lines and navy-blue hull complement the modern, chic interior by Zuretti featuring high gloss Norwegian birch burl boiserie and cabinetry, and cream Majilite and silk paneling highlighted by LED lighting. Other features include a stainless steel and glass elevator serving three decks, a dedicated cinema on the main deck, a gymnasium and a golf driving range.

FELIX accommodates up to 14 guests in seven cabins, all but two located on the main deck. The owner’s deck includes a private gym, a private office, a salon and a large aft deck with a dining area. FELIX sleeps 19 crew in 12 cabins.