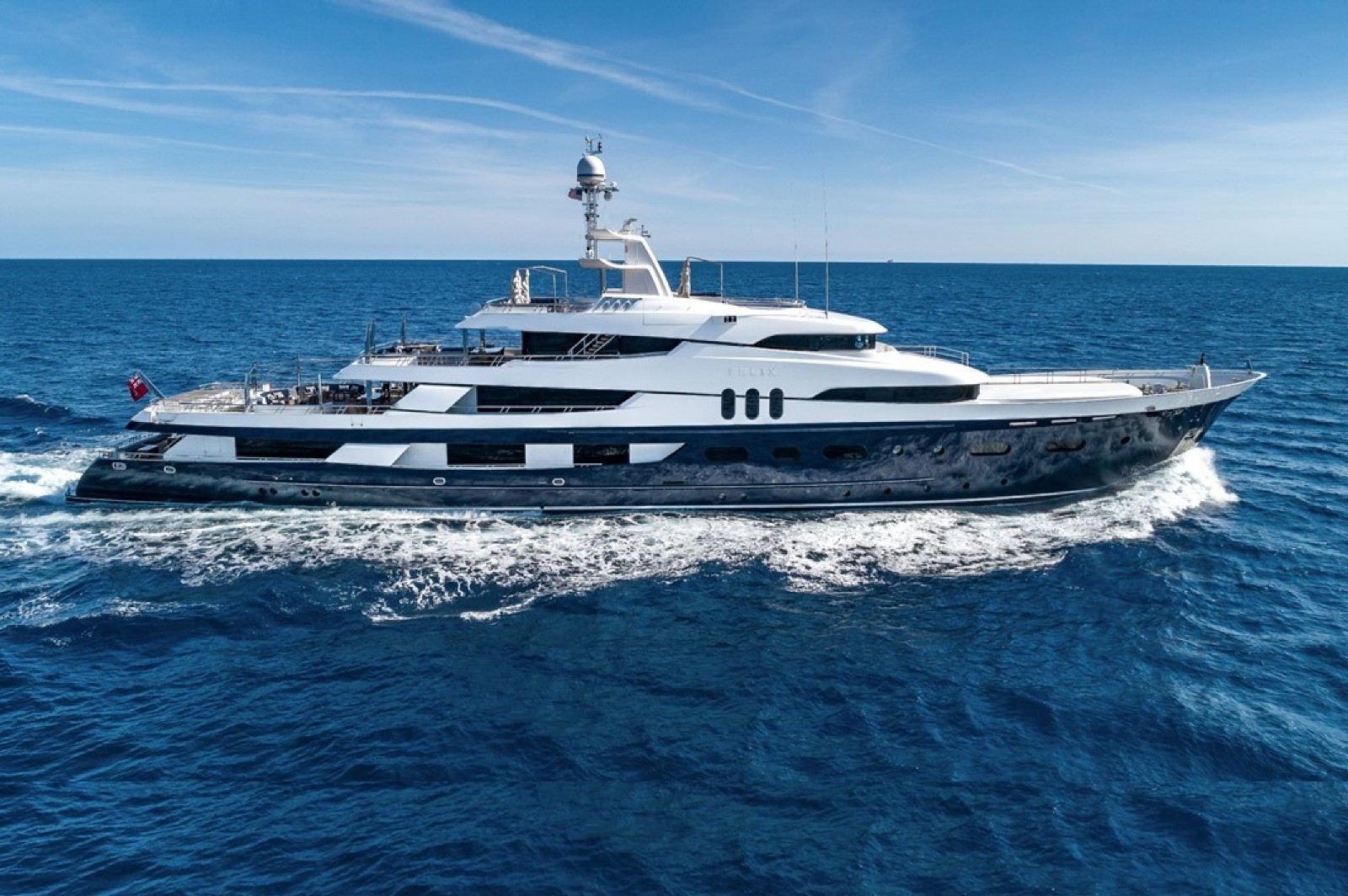 Stuart is pleased to announce his appointment as Central Agent for the sale of Felix, the 70m I 230’ yacht conversion originally named Komet. Delivered in 1969 by Jadewerft shipyard in Wilhelmshaven, now owned by Lürssen, FELIX was built as a long-range survey vessel. She was decommissioned in the late 90s and converted into an exploration yacht at Jade Yachts. The project was overseen by Gregory Marshall who was responsible for the naval architecture. The exterior lines were redesigned by the UK-based Reymond Langton.

Lloyd's classed, LY3 and Cayman MCA compliant, FELIX has a steel hull and aluminum superstructure and adds up to 1,622 GT. She is powered by two 3512 B Caterpillar engines and reaches a maximum speed of 14kn. At 12.5kn she has an 8,400 nm range.

FELIX accommodates up to 14 guests in seven cabins, five including a VIP on the main deck, one on the lower deck and the forward-facing master suite on the spacious owner’s deck. The owner’s deck includes a private gym, a private office, a salon and a large aft deck with a dining area. FELIX sleeps 19 crew in 12 cabins.
Other features include a stainless steel and glass elevator from the guest accommodation to the bridge deck, a dedicated cinema on the main deck, and a gymnasium and an automated golf driving range. In 2020 the AV/IT was upgraded.
FELIX carries two 7.4m Vikal Custom guest tenders and a 4.5 Zodiac MOB rescue tender.