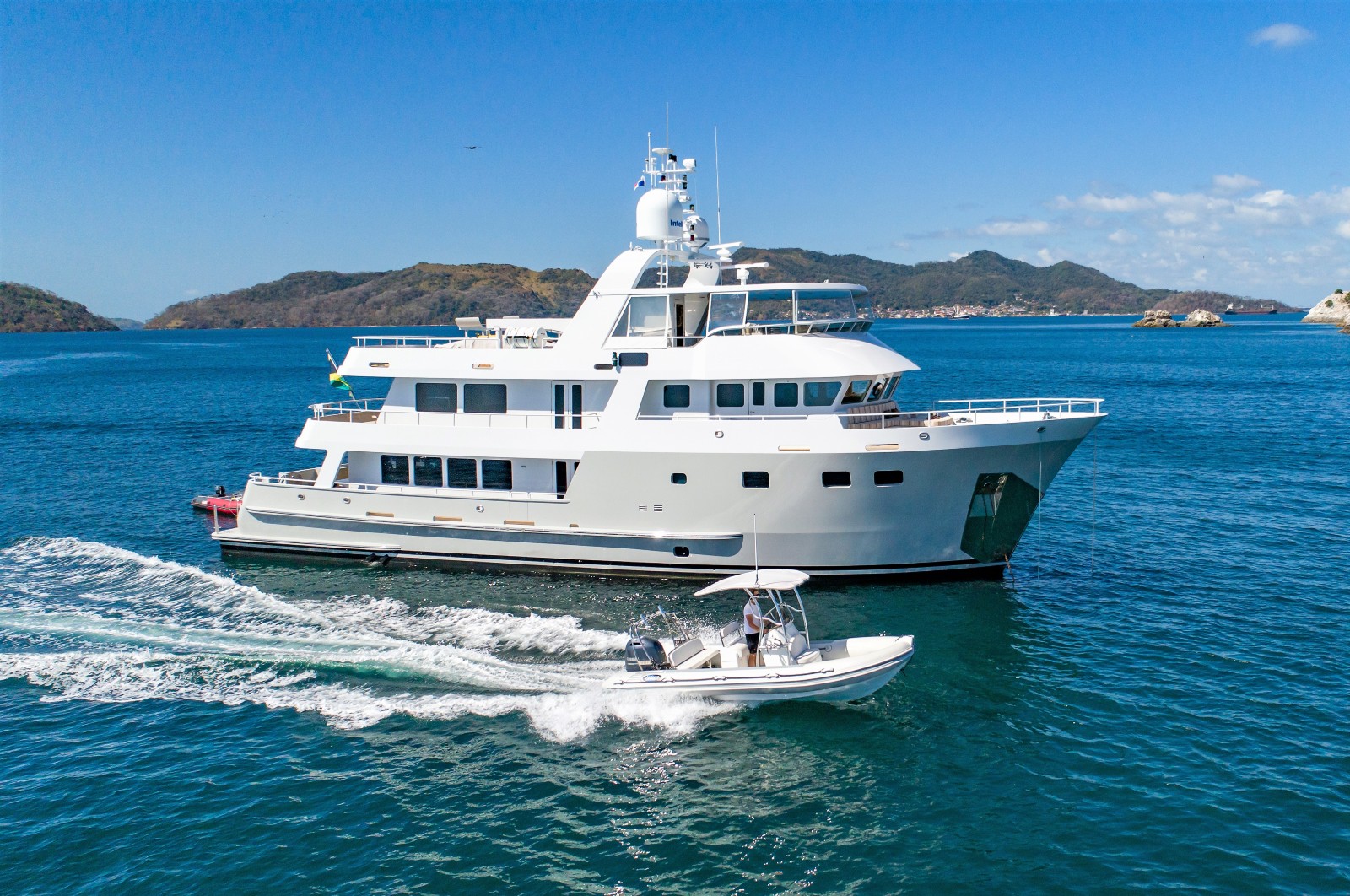 Sea Forever is returning to the US and scheduled to reach Savannah (Georgia) at the end of July.  She has cruised from Tahiti under her own steam, just one more chapter in her world-class track record.
Built by the Vancouver-based ABD Aluminum Yachts, one of the best regarded aluminum yacht builders in North America, SEA FOREVER (ex. Polar Bear) was designed to cruise in remote locations where the need for room, range, storage and efficiency is paramount. In fact, Sea Forever has more usable volume than any other 93' yacht on the water. In addition, she has a 7.2m beam and an imposing bow rising one-and-a-half decks above the water. The bow improves fuel efficiency and reduces pitching. On delivery, Ed Fry commented that “She’s built to survive 20-foot waves without shipping water.”

Launched in 2007, for the next ten years Sea Forever only cruised in the Pacific Northwest and Alaska during summer months. The current owners purchased her in 2017 and stepped up the game. In 2018 she navigated the Sea of Cortez to northern Panama before returning to San Diego for an extensive yard period at Marine Group Boat Works. The last 18 months have been spent cruising through the South Pacific with stops in Perlas Islands, Panama; Galapagos; Marquesas, Society Islands and Tuamotus in French Polynesia.
Sea Forever has a proven track record in good and bad weather and is economical and efficient to operate. She has also been rigorously maintained and shows like new.

The interior by David Boudreau is in unstained maple with light fabrics. The overall effect is subtle and airy enhanced by the large windows on all levels ensuring Sea Forever feels larger than her 216 GT.
She can accommodate 8 guests in three staterooms on the Main deck plus the Master suite on the Bridge deck. The master is completely private with large windows on port and starboard and a sizeable personal aft deck.
Sea Forever carries two good size tenders and has an extended beach club with a large lazarette kitted out to store scuba gear.

Sea Forever is asking $6,500,000 and will be viewable by appointment on arrival. Please note Sea Forever is not for sale to US Residents in US Waters. For more information contact Stuart at +1 954 328 6553 or Stuart.Larsen@fraseryachts.com and check out  http://stuartlarsen.com/en/yacht-detail/02-yacht-for-sale/352-sea-forever.cfm .