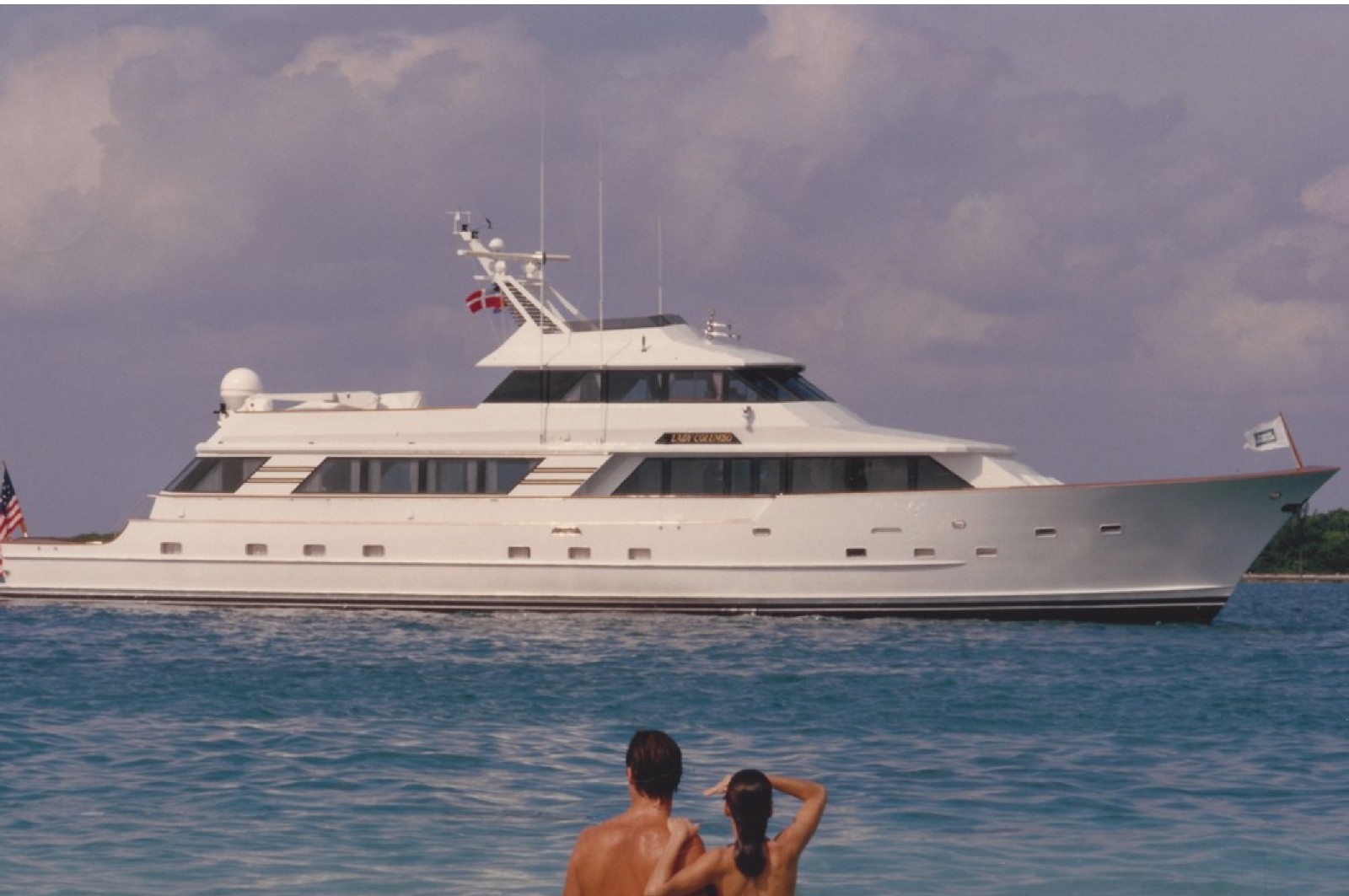 This year, History Fort Lauderdale’s annual fundraiser, History Makers, honors the MARINE INDUSTRIES ASSOCIATION OF SOUTH FLORIDA and special pioneers in boatbuilding FRANK AND GERTRUDE DENISON, recognizing their contribution in establishing our region as the yachting capital of the world.

Stuart was invited to contribute from a broker’s perspective having had a “first hand, front row seats to building with us as well as the time period that all of this occurred, you were able to see FROM YOUR PERSPECTIVE, the influence that this relatively small boat yard/builder impacted others across this industry”.

It was 1984. I had been a yacht broker for 4 years. It was a fledging industry back then. The largest yachts were about 100 feet. I might have sold a couple of yachts in the 50’ region! Too long ago to remember……. But there was an economic boom, of sorts, unlike what we have seen recently, but nevertheless the yachting business was about to “take flight”.

I had met a client a few years before with a 65’ Hatteras that wowed me as to its sheer size. The client wowed me as well. So knowledgeable, so educated, so mechanically inclined and so astute business-wise. He wanted a “bigger yacht”. There simply weren’t any to buy. The dollar was really strong against European currencies.

The good European shipyards (all two of them) were on a roll with American buyers. So, the client, his wife and I went together to visit Feadship in Holland and Abeking and Rasmussen in Germany. We had plans drawn for a “massive” new 120’ yacht.
In the summer of 1984, we met on his Hatteras in Newport, RI to discuss the way forward with a new 120’ Abeking. I was in seventh heaven. What a deal for a 25 year-old kid.  It had to be too good to be true. It was. The next week, as we were about to sign for the new yacht the dollar crashed and the price increased 25%. OUCH.

Being shell shocked, I didn’t quite know how to move forward. And then I had what could have been the most brilliant idea of my now 40-year career in the yacht brokerage business. I picked up the phone (we didn’t have cell phones then) and called Ken Denison. I didn’t know Ken then but had heard whispers that Broward Marine had a possible default on a “big” yacht. Ken confirmed it might be available but he needed to check with his parents. Frank Denison called me, said there were a number of interested people and I had better hurry.

She was the largest aluminum yacht to be built in the USA, and I felt so proud to be a part of it. The 9 months it took to finish her were not easy but the Denison family, and especially Ken and I forged a trusting relationship that Ken and I enjoy 35 years later. Mike Busacca was in charge of the detailed carpentry in LADY COLUMBO; Mike and I work together still, in very different roles, but Broward Marine and the LADY COLUMBO put us all on the map. Most importantly, it was such a successful project for the clients they later moved on to bigger yachts, buying and cruising the world on a 125’ Feadship (he finally got his Feadship) and then building a 184’ Feadship and then to cruising the world on a 160’ sailing yacht that they twice rounded Cape Horn on, and still own today.

This is my story but there are countless others that must attribute their success to that little Ft Lauderdale shipyard that launched the yachting business in America for so many lucky people.
© STUART LARSEN 2022 &