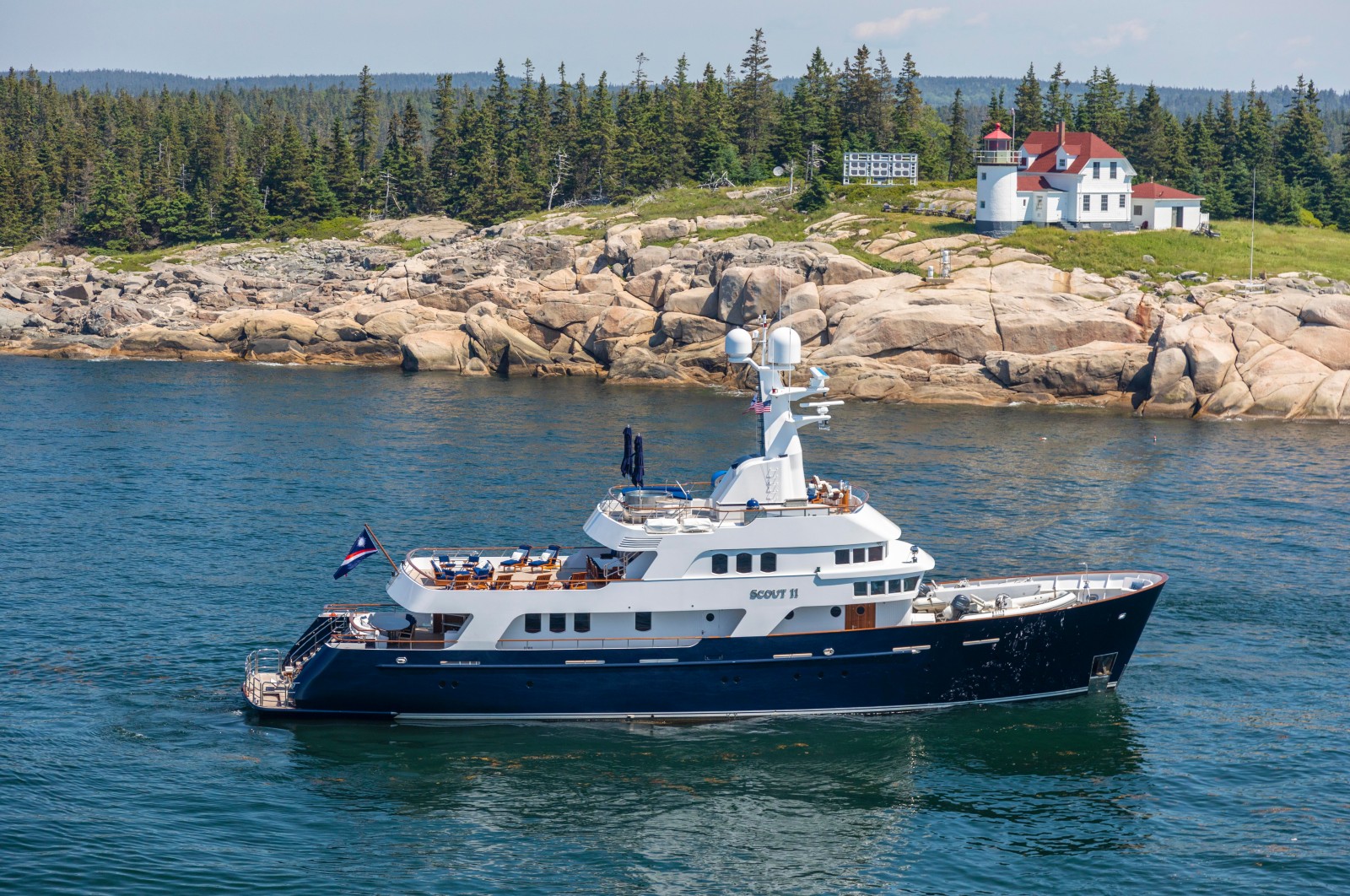 The 40m (130’) SCOUT II is in a class of her own.
Delivered in 1993 by the historic British shipyard Brooke Yachts, and built to a tough specification, SCOUT is one of the first purpose-built exploration yachts, pre-dating the current trend by over 25 years.

Impeccably maintained by her three owners (all keen and experienced yachtsmen) SCOUT II has always been privately used and has a proven track record as a successful global cruiser. With a massive beam of 9.2m (just over 30ft) she is remarkably stable and seaworthy and has a 4.000 nm range.

During the last three years the current owner undertook an extensive, multi-million dollar upgrade and refit at two US shipyards. The projects included a 5m extension aft and a 1m extension forward and the installation of a new mast. The bow was reshaped, all key machinery and systems were replaced or remanufactured, including zero speed stabilizers, new generators and air conditioning. All work was detailed and photographed throughout and approved by Lloyds. At 397 Gross Tons, SCOUT II is unrivalled in her class in terms of volume, performance, deck space and versatility.

While her new profile and sleek new paint job make a nod to yachting glamour, SCOUT II’s exterior is still a masterpiece of rugged strength and power. The interior however, is 100% yacht. Designed by Terence Disdale, SCOUT II offers a high degree of privacy with crew and guest areas cleverly separated. The understated elegant interior is finished in limed teak, blues and white, in true yacht style.

The Owner’s study is on the upper deck and offers a 180-degree view forward over the wheelhouse, with a sky lounge aft. There are essentially two Owner’s staterooms on the lower deck, for reduced motion, both with showers and a tub. Overall SCOUT can accommodate nine guests in four ensuite staterooms and can carry up to 9 crew members.

The asking price is USD $12,900,000. Currently lying in Maine, she can be seen by appointment. Please note that SCOUT II is not offered for sale to US residents while in US waters. Contact Stuart for more information at +1 954 328 6553 Stuart.Larsen@FraserYachts.com.
© STUART LARSEN 2021 &