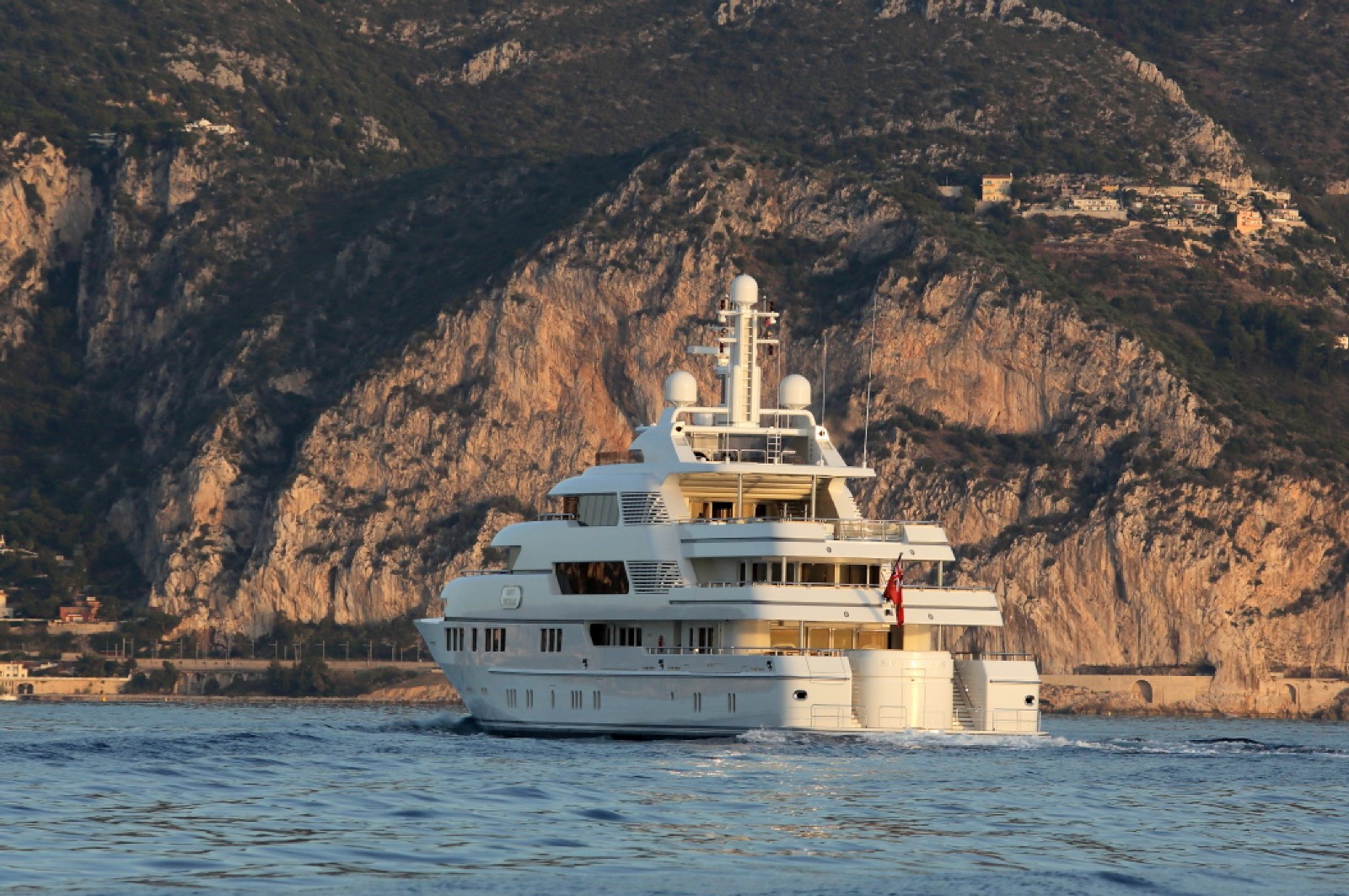 Corresponding Brokers  are invited to an Open Day on board M/Y Saint Nicolas ion 14 June.  Saint Nicolas will be berthed on the Quai Hirondelle in the Port Hercules in Monaco

Saint Nicolas is a palatial six decks, 1,938 GT, yacht with exterior design and styling by Espen Ønio. Built in by Lurssen in 2007, Saint Nicolas' elegant interior is by Francois Zuretti. Saint Nicolas is in mint condition and immediately ready for summer season cruising. She has had only one Owner since delivery and the same Captain with stable crew since 2008. She has never chartered.
Impressive head-room throughout, the Owner's cabin  is on the main deck and includes an observation lounge and study. Guest accomodations include wo double & two twin staterooms with murphy beds on lower deck plus a Children/Staff cabin. VIP guest cabin is located on bridge deck. and the elevator serves all decks from trom tank deck to pool deck.