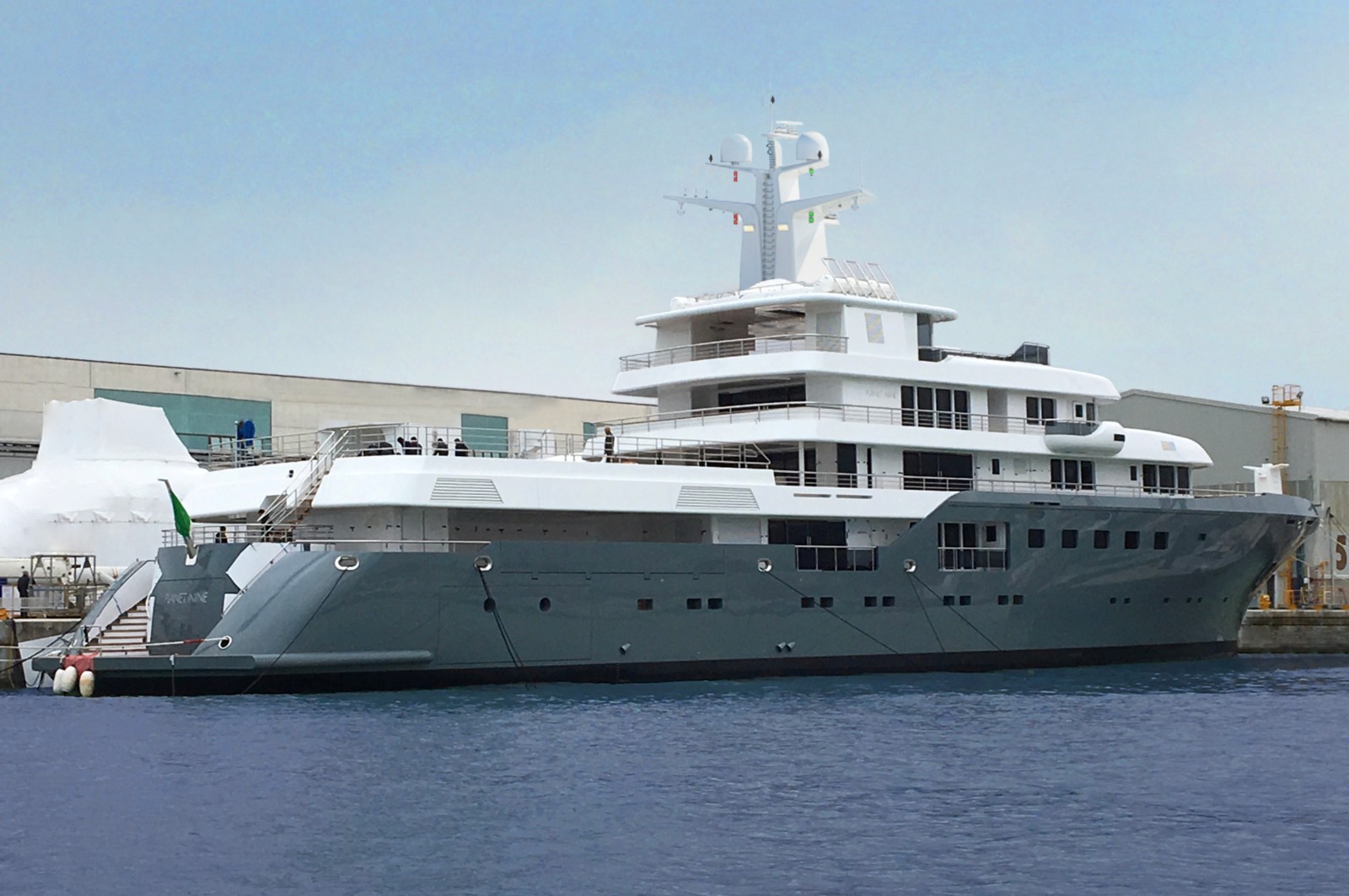 Antarctica, now named Planet Nine, was launched this week.  This new 73m (240') Exploration Yacht designed by Tim Heywood is scheduled for delivery at the end of March.

Planet Nine is ice classed, commercially registered, with massive volume measuring in at 2,100 GT. Her elegant and spacious interiors were designed by Tino Zervudachi and built by the German company Fitz. She has eight staterooms including two master staterooms on a private owner’s deck. Capabilities include helicopter landing and hangar facilities for an Agusta Grande or similar helicopter, DP and a large beach club with water access for all tenders and toys.